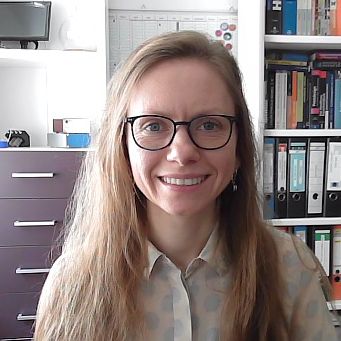 Dynamically tuned microreactors on a chip

Microfluidics got very popular within the last decade and is utilized for a vast number of biological, medical, biophysical, biochemical or pharmaceutical applications. In this field the term “microreactor” is increasingly encountered. What is a microreactor, what is it good for? For instance, when talking about synthesis of nanomaterials, it can refer to the whole microfluidic device, that is the microfluidic chip.

In the field of droplet microfluidics, also called “discrete microfluidics” or “digital microfluidics”, the droplet itself is understood as a microreactor, for example for growing cells, tissues or cultivating and observing bigger objects such as unicellular protist “Paramecium caudatum“. Vesicles and capsules are also deployed as vessels for all kinds of assays and are qualified as microreactors, though they are not discussed here.

The application of droplet microreactors is advantageous regarding sustainability, since consumption of liquids, gasses and recipients (mostly disposable plastics) and energy (e.g. heating of PCR machines and incubators) can be strongly reduced.

Conventional cell or bacteria cultures need a lot of heat energy and gasses and can noticeably benefit from miniaturization. If working with toxic or hazardous substances or reactions, generating such substances, contamination risks and safety concerns can be significantly lowered by this approach as well. Further, the use of closed microreactors can substantially reduce the risk of inadvertent spilling of dangerous substances.

Other problems of conventional methods concern controllability and repeatability of reaction conditions. Here the parasitic flow is poorly controlled. For particle production this factor causes higher size and other property dispersion of droplets. The use of microfluidic devices provides much better controlled hydrodynamic conditions for mixing, adding substances, and controlling the reaction speed.

However, disadvantageous is that the surface properties in microchannels have to be controlled more thoroughly as surface/volume ratio is much higher than in conventional systems. Sensors are more difficult to deploy as the droplets are not in direct contact with the channel walls with integrated electrodes. So, high frequency impedance signals are degraded. Optical read-outs suffer from the smaller optical density because of the thinness of the liquid layer. Refraction at curved interfaces and surfaces may present a problem as well.

In microfluidics it is essential to choose (bio-)compatible sustainable materials, which can withstand the reaction or incubation conditions and which do not release interfering substances. Nevertheless, biodegradable materials are still an exception in this field. For biological organisms the biocompatibility and prevention of contamination of the culture are critical. The compatibility of materials in the field of synthesis is even more to be considered, since many materials used for microfluidic chips such as PMMA, PC, PS are not suitable for organic solvents or high temperatures. Dimensioning of microchannels according to the conditions, reagents and objects used require great care, so that agglomeration and clogging risk is reduced. Optical quality and auto-fluorescence may also be considered. Further, electric, magnetic, acoustic or high-frequency properties can impact good wave transmission or insulation for impedance measurements. Here, new biodegradable materials are urgently needed for future microreactor developments.

Droplets employed as microreactors can be generated in different ways. Usually multiphase systems are employed. Those can be systems with immiscible liquid-liquid-phases or gas-liquid-phases. In biological applications the aqueous phase is employed for cultivating cells or organisms on a chip. In this case suitable oils serve as a carrier fluid in the microchannel.

In the chemical field also other immiscible or miscible liquids are widely utilized. In order to prevent coalescence of droplets in tight microchannels, when it is difficult to keep droplets apart, small amounts of surfactants help to stabilize the generated droplets and provide reproducible quality. Some of pre-processed oils containing surfactants can even be used at high temperatures, e.g. for PCR or extremophiles. It is also conceivable to use gas-liquid-systems to produce droplets. Here surfactants play an essential role to get better results. However, the compressibility of gas is a particular property adding challenges,but also new possibilities. Two mechanisms for droplet generation are possible – spontaneous and forced droplet generation. Which mechanism to choose depends on the number, size and monodispersity of the droplets to be produced.

It depends on the competition between surface tension at the interface between the immiscible liquids, the line tension at the contact line at the channel orifice and the hydrodynamic friction of the droplet in the flow field of the carrier fluid. The side-channel pressure must be increased, until it exceeds the counter pressure of the meniscus between the two liquids at the orifice – the experiment gets super-critical now.

The droplet grows into the main channel non-linearly in time and concurrently the friction of this droplet increases. Eventually the friction overpower the line tension, droplet then detaches and is advected away by the flow in the main channel. The disadvantage of this approach is the robustness of the critical point, i.e. the droplet size depends strongly on material and fluid properties as well as the flawless preparation of the channel walls and geometry. The advantage is that pressures can be kept constant and droplets form spontaneously. The generation frequency can become quite high up to the 5-digit range.

The second mechanism is based on an experiment kept sub-critical. The pressure is increased to a level where droplets just do not (!) form spontaneously. A fast pressure pulse, e.g. by the pressure pulse function of the microfluidic flow controller P2CS, drives the experiment super-critical for a short period of time. If the pressure pulse is sufficient, a droplet builds up and gets carried away by the drag force of the flow in the main channel. As the pulse function is real-time, the droplet size does not depend on the ponderabilities of operating systems or the critical point of hydrodynamic instabilities.

By this means droplet size is much more reliable and reproducible, however, the generation frequency is limited by the speed of the pulse generator. In the case of the Precision Pressure Control System P2CS 20Hz could be achieved. An advantage of this approach is the possibility to tune the droplet size dynamically, i.e. during one single experiment larger or smaller droplets can be generated at will and in one go. This unique feature has not been exploited so far by the scientific community. It may be used to enable droplet labeling by size. Further, dilution series in one microfluidic channel become feasible.