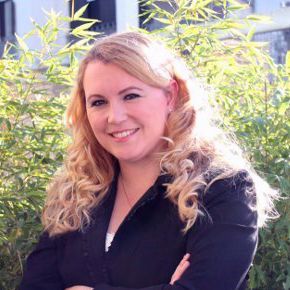 If you can dream it you can do it!? Ok let's check!

Traditionally, we leave our office once or twice a year to conduct a strategic meeting in a constructive atmosphere. The goal is always to discuss with each other across all divisions and unaffected from the current daily business. On days like this, even our trade fair manager sometimes manages to leave her mail unanswered for a day. This year we practiced the Disney method and experienced an ArtNight.

Mid-June, we met at the wine cellar showroom of our event caterer but without drinking wine - instead, we had cucumber lemonade, or raspberry-basil iced tea. Both delicious - by the way.

Lateral thinking with the help of the “Disney Method”

Maybe you have heard of the so-called “Disney Method”. We have come to know this strategic approach as one of several communication tools during team training at the end of last year.

The Disney Method is a role-based creativity method in which one or more people look at and discuss a problem from three or four angles. The very origin of this method is the technique of the six hats of Edward de Bono.

The name of the Disney method actually goes back to the creator of Mickey Mouse, the cartoon giant Walt Disney. The neuro-linguist Robert Brian Dilts invented the method, referring to the fact that Walt Disney has always brought these three personality facets into his work.

We did it the following way, the original method might vary with regard to some points.

For us, the demarcation between realist and neutral has been particularly difficult, so that we have rather worked with the better-known 3-perspective method.

Part of our brainstorming sessions were ideas and concepts for innovative networking platforms, expanded target groups, alternative communication channels and the representation of our core technologies.

Inspired by Disney and strengthened by delicious finger food, we then resorted to brush and paint.

As a final team activity, we had something new on the agenda this year. Under the guidance of a young artist, we also turned into artists and all painted under helpful guidance the same picture - we tried it at least. The provider of these workshops is called ArtNight. As a Dortmund-based office, we chose the motif "Dortmund Skyline" for our first experiments.

The workshop was a lot of fun, the artist brought almost everything that is needed to paint (aprons, brushes, easels, paints, canvases, water cups and so on).

We were instructed on how to sketch out the picture, how to mix colors and how the special painting technique of the day, the "watercolor painting with acrylic colors” works best and what pitfalls there are. Also very helpful were the tricks to compensate for errors and delete undesirable color.

It was most fascinating to see and experience, how one and the same can be implemented so different and yet the same.

We did photograph all artworks and created a collage, which now has a place of honor in the business office!

You are welcome to view it the next time you visit IVAM!