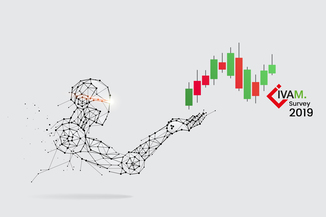 12.04.2019 In the microtechnology industry, the positive economic development of recent years continues: the majority of European companies have raised turnover and staff in 2018 and expect a further increase throughout the next few years. Forecasts of a weakening global economy, international trade conflicts and the inner-European Brexit struggle do not find expression in the mood of the high-tech industry.

The results of the survey the IVAM Microtechnology Network carried out in February and March do not predict a major departure from the positive economic development of recent years. More than 80 percent of European microtechnology companies expect sales to increase over the next three years, two-thirds of companies plan to hire new employees over the same period, and more than 60 percent of companies plan to increase their export share in the medium term.

The market that benefits most from developments, products and systems in the microtechnology industry today – the medical technology and healthcare industry – will keep its leading position in the foreseeable future. More than half of European microtechnology companies presently serve this market. For a fifth of companies, it is currently the most important target market; another three percent want to develop medicine and health into their most important target market within the next few years.

A steadily growing share of European microtechnology companies is aiming for China as a trading partner. Within the next three years, China is supposed to become the most important business region outside the European Union and the European Free Trade Association (EFTA) for a fifth of companies. Currently, China is the major trading partner for one-eighth (12.5 percent) of companies, just behind the United States, which is the most important foreign trade region outside Europe for just above 13 percent.

Further results and illustrations are available at https://www.ivam.de/research/economic_data

11.10.2019 IVAM product market at the COMPAMED 2019: No digitalization in medical technology without microtechnologies